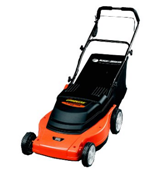 To learn more about this recall: http://www.cpsc.gov/cpscpub/prerel/prhtml10/10356.html

Hazard: Paint on the metal hooks and on the blue paw hook contains excessive levels of lead, violating the federal lead paint standard.
Description: The wall hook sets were sold in three models: model numbers 74641 and 74642, constructed of five separate wooden letters spelling out the word “S T U F F” and model number 65262 consisting of four separate, different colored wooden paws. Model number 74641 has a Purple S, a Red T, an Orange U, a Green F and a Pink F. Model number 74642 has an Olive S, a Blue T, a Yellow U, a White-striped F, and a Blue F. Attached to each letter is a painted metal coat hook with a painted wooden ball at the end. Each letter is approximately 4 inches long, 3/4 inches wide and 9 ¾ inches tall. Model number 65262 has four separate paw-shaped wooden pieces of different colors — red, blue, green and pink. Attached to each paw is a wooden peg with a wooden ball at the end. The “S T U F F” wall hook sets have a label on the back of the letter “S” that includes the models 74641 or 74642. The Paw wall hook sets have the model number 65262 on the outside of the box.
Sold at: Gift stores, drug stores, furniture stores, décor outlets and variety stores nationwide from December 2008 through August 2010 for between $10 and $30.

To learn more about this recall: http://www.cpsc.gov/cpscpub/prerel/prhtml10/10357.html 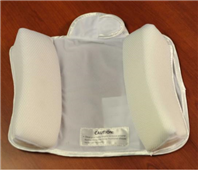 Most of the infants suffocated after rolling from a side to stomach position. In addition to the reported deaths, CPSC has received dozens of reports of infants who were placed on their backs or sides in sleep positioners, only to be found later in potentially hazardous positions within or next to the sleep positioners.

“The deaths and dangerous situations resulting from the use of infant sleep positioners are a serious concern to CPSC,” said CPSC Chairman Inez Tenenbaum. “We urge parents and caregivers to take our warning seriously and stop using these sleep positioners, so that children can have a safer sleep.”

To learn more about this recall: http://www.cpsc.gov/cpscpub/prerel/prhtml10/10358.html

Hazard: A child can strike, sit or fall on the protruding plastic ignition key resulting in serious injury, including genital bleeding.
Description: This recall involves the Fisher-Price Trikes and Tough Trikes toddler tricycles with model numbers listed in the chart below and that have either a disc-shaped or D-shaped pretend key. The model numbers are located under the seat in the storage compartment. The trikes are intended for children 2 to 5 years of age. The pretend keys are located about 3 inches in front of the seat and protrude at least 5/8 inches above the trike’s body. The trikes manufactured after June 16, 2010 are not included in this recall. These trikes have a modified key in a flattened D shape (see picture below) and a manufacturer run number higher than 1670Q2. The run number indicates the trike was manufactured on the 167th day of 2010 or on June 16, 2010. The run number is found under the seat below the model number.
Sold at: Mass merchandise stores nationwide from January 1997 through September 2010 for about $25.

To learn more about this recall: http://www.cpsc.gov/cpscpub/prerel/prhtml10/10359.html 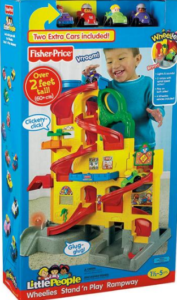 Hazard: The wheels on the purple and the green cars can come off, posing a choking hazard to young children.
Description: The recall involves Little People Wheelies Stand ‘n Play Rampway with model numbers T4261 and V6378. They were sold with small cars that a child can push down winding ramps. Only the purple and the green cars that are marked “Mexico” and do not have a yellow dot on the bottom are included in the recall. The toy is intended for children 1 1/2 to 5 years of age.
Sold at: Mass merchandise stores nationwide from April 2010 through September 2010 for about $45.

To learn more about this recall: http://www.cpsc.gov/cpscpub/prerel/prhtml10/10360.html

Name of Product: Healthy Care, Easy Clean and Close to Me High Chairs

Hazard: Children can fall on or against the pegs on the rear legs of the high chair resulting in injuries or lacerations. The pegs are used for high chair tray storage.
Description: This recall involves the Healthy Care, Easy Clean and Close to Me High Chairs with pegs on the back legs intended for tray storage. The high chairs have a folding frame for storage and a three-position reclining seat. The model number and date code of the high chair is on the back of the seat. All Easy Clean and Close To Me High Chairs are included in this recall. Only Healthy Care High Chairs manufactured before December 2006 are included in the recall. If the fourth digit in the date code is 6 or less, the Healthy Care High Chair is included in the recall.
Sold at: Mass merchandise retail stores nationwide from September 2001 through September 2010 for between about $70 and $115.

To learn more about this recall: http://www.cpsc.gov/cpscpub/prerel/prhtml10/10361.html

Play Wall, Ocean Wonders™ Kick & Crawl™ Aquarium (C3068 and H8094), 1-2-3 Tetherball™, Bat & Score Goal™
Hazard: The valve of the inflatable ball on these toys can come off and pose a choking hazard to young children.
Description: This recall involves the products listed on CPSC site.

To learn more about this recall: http://www.cpsc.gov/cpscpub/prerel/prhtml10/10362.html

Hazard: Light bulb may overheat and catch fire.
Description: This recall involves Trisonic 15-, 20-, 22- and 25-watt compact fluorescent light bulbs with the model numbers TS-EN 15W/SP, TS-EN 20W/SP, TS-CFL 22WB or TS-EN 25W/SP printed on the base of the bulb.
Sold at: Discount stores in New York, New Jersey, Pennsylvania and Connecticut from January 2008 to December 2008 for between $1 and $1.50.

To learn more about this recall: http://www.cpsc.gov/cpscpub/prerel/prhtml11/11001.html

Smart Cause: Ellen Pompeo Scrubs in for ...

Smart Cause: Dollars for Diapers, a Garage ...