Below is the CPSC recalls I received this past week. Please be sure to review the information provided. All information below comes directly from the listserve emails sent by the CPSC. Please see the CPSC website for further, more detailed information.
Smiles 🙂
Smarty Pants Mama

osing a choking hazard to young children.
Description: My Little Train Classics wooden toy trains are available in two styles. One, with a yellow cab, blue body and six red wheels and the other with a blue cab, red boiler, wooden base and four black wheels. The item #5293 is the same for both styles and is located in the lower left hand corner on the front of the package.
Sold at: Various wholesalers and retailers nationwide from March 2007 through October 2008 for about $2.
To see this recall on CPSC’s web site, including pictures of the recalled product, please go to: http://www.cpsc.gov/cpscpub/prerel/prhtml09/09041.html
Name of Product: CORAL Swim ‘N Score Pool StixUnits: About 130Retailer

: Modell’s Sporting Goods, of New York, N.Y.Manufacturer: ERO Industries (no longer in business), of Mount Prospect, Ill.
Hazard: Children can fall or land on these dive sticks in shallow water and suffer impalement injuries. Eye and other facial injuries are also possible. In April 2001, CPSC banned certain types of dive sticks.Incidents/Injuries: None reported.
Description: The recalled Pool Stix are weighted plastic tubes, which stand upright when tossed into water. The sticks are about 8″ long and were sold in packs of 6 in various colors. The UPC (#4969382814) is printed on the product’s packaging.
Sold at: Modell’s Sporting Goods stores nationwide from August 1999 to October 2008 for about $3.
To see this recall on CPSC’s web site, including pictures of the recalled product, please go to: http://www.cpsc.gov/cpscpub/prerel/prhtml09/09043.html
Name of Product: Children’s Two-Way Radios 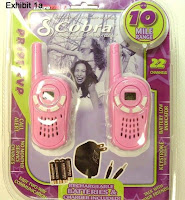 Hazard: The rechargeable batteries in the radios can leak electrolyte, posing a chemical burn hazard to consumers.
Description: The recall involves two-way radios with the 300 mah “CEL” batteries. The walkie talkie style radios are made of pink plastic and come in purple packaging. Product number PR191-2VP is located on the front of the packaging and on the label inside the battery compartment. The batteries are standard AAA Nickle Metal Hydride battery cells with a black wrapper with the battery name 300 mah (CEL) with the date code (TF or RF) on the battery itself.
Sold by: Toys “R” Us Stores nationwide from August 2008 through September 2008 for about $30.
To see this recall on CPSC’s web site, including pictures of the recalled product, please go to: http://www.cpsc.gov/cpscpub/prerel/prhtml09/09044.html
Name of Product: GE(r), GE Profile(tm), Monogram(r) and Kenmore(r) Wall Ovens
Hazard: The extreme heat used in the self-clean cycle can escape, if the wa 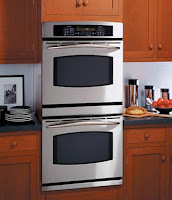 ll oven door is removed and incorrectly re-attached by the installer or the consumer. This can pose a fire and burn hazard to consumers.
Description: This recall involves GE wall ovens sold under the following brand names: GE(r), GE Profile(tm), Monogram(r) and Kenmore(r). The wall ovens were sold in white, black, bisque and stainless steel. The following model and serial numbers can be found inside the oven on the left interior wall. For microwave combination ovens, the serial number can be found on the left interior wall of the microwave.
Brand Model Serial Number Begins With 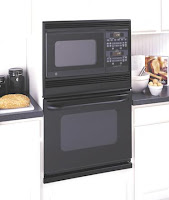 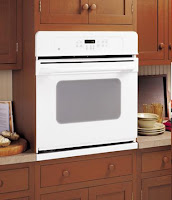 Hazard: A loose wiring connection and improper venting can cause the battery to overheat, posing a burn hazard to consumers.
Description: DiNotte Lighting Lithium-Ion battery with nylon bags are used with DiNotte 5W Li-Ion bicycle lights and DiNotte 3 LED police lights. The DiNotte logo is printed on the battery cable connector.
Sold at: Bicycle and recreation stores nationwide and by Internet retailers from February 2006 through March 2007 for between $200 and $400.
To see this release on CPSC’s web site, please go to: http://www.cpsc.gov/cpscpub/prerel/prhtml09/09045.html
Share:
Previous Article