Below are the recalls I have received from the CPSC over the last week. I have included pictures for each, however, a number of items have additional pictures available on the official CPSC notification.

The information below comes directly from the listserv emails I received. Please review the each recall below and check your homes.

Name of Product: Indoor Lighting Fixtures
Hazard: The glass reflector can separate from the fixture and fall, posing a risk of injury to consumers below the fixture.
Description: The recall involves the Hi-Bay Indoor High-Intensity Discharge (HID) Fixtures, model numbers PG16A and PG21A. The fixture is intended for high-mounting heights (at least 20 feet above floor level) and is used in retail, warehouse and heavy manufacturing locations. The fixture’s housing is made of die-cast aluminum.
Sold by: Electrical distributors and sales representatives nationwide from January 2007 through May 2008 for between $280 and $350.
To see this recall on CPSC’s web site, including pictures of the recalled products, please go to:http://www.cpsc.gov/cpscpub/prerel/prhtml08/08375.html
Name of Product: Countertop Water Dispensers

Hazard: The internal heating element could overheat and drop molten metal through ventilation openings in the water dispenser’s base onto the countertop, posing a fire hazard. The internal heating element also poses a shock hazard to consumers who touch it through the vents.
Description: The recalled countertop water dispensers include the following Vitapur, Greenway and Polar models. They dispense hot or cold water and use three or five gallon water bottles. The model name is printed on the front of the dispenser’s base. Model and serial numbers are printed on a white label on the back of the dispenser’s base. File number 218326 is printed on a silver sticker on the back of the dispenser’s base.
Models:
Greenway GWD2630W
Polar PWD2635W
Vitapur VWD2636W
Vitapur VWD2636BLK
Vitapur VWD2636RED
Serial Number: Starts with 0606 through 0711
File Number: 218326
Model numbers followed by a “1” or “2,” (i.e. GWD2630W -1 / PWD2635W-2),or dispensers with no ventilation openings underneath the base are not included in this recall.
Sold at: Discount retailers nationwide from June 2006 to November 2007 for between $70 and $80.
To see this recall on CPSC’s web site, including pictures of the recalled product, please go to: http://www.cpsc.gov/cpscpub/prerel/prhtml08/08376.html
Name of Product: Phil & Teds e3 Single Buggy, e3 Twin Buggy and sport v1 Single Buggy Strollers (an additional 425 e3 Twin Buggy Strollers were recalled on May 5, 2006)
Hazard: The stroller’s hinge locking mechanism poses a laceration hazard to the user folding and unfolding the strollers.

Description: The recalled single strollers all have metal frames with three wheels, a cloth seat and canopy. The twin strollers have a metal frame with four wheels, side-by-side cloth seats and double sun canopies. The strollers were sold in a variety of colors including red, orange, green, black, charcoal and navy. The Phil & Teds logo is located on the crotch piece of the harness.
Sold at: Baby furniture and baby products stores nationwide from August 2003 through August 2008 for between $400 and $650.
To see this recall on CPSC’s web site, including pictures of the recalled product, please go to: http://www.cpsc.gov/cpscpub/prerel/prhtml08/08377.html
Name of Product: Children’s Hooded Sweatshirts and Jackets 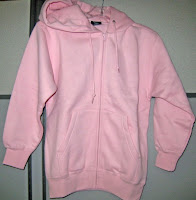 Hazard: The sweatshirts and jackets have drawstrings through the hood which pose a strangulation hazard to young children. In February 1996, CPSC issued guidelines to help prevent children from strangling or getting entangled on the neck and waist drawstring in upper garments, such as jackets and sweatshirts.
Description: The recalled garments were sold in children’s sizes small, medium and large in the following colors: white, ivory, red, black, navy, brown, green, charcoal, blue, and pink. “BAC” is printed on the sewn-in tag on some of the garments. “Breckenridge”, “Keystone”, “Jackson Hole”, “Vail”, “Steamboat”, and “Mackinac Island” is printed on the front of the garments.
Sold at: “Shirt off My Back” retail stores located in Colorado, Wyoming, and Michigan from September 2005 through May 2008 for between $20 and $30.
To see this recall on CPSC’s web site, including pictures of the recalled product, please go to: http://www.cpsc.gov/cpscpub/prerel/prhtml08/08379.html
Name of Product: Wooden Puzzles, Infant Rattles, Pacifier Holders, and Stroller Toys

Hazard: The wooden rattles, pacifier holders, and stroller toys contain small pieces including glued on mirrors and/or prisms that can detach, posing a choking hazard to infants. The head of the ladybug puzzle pieces also poses a choking hazard.
Description: The puzzles, rattle toys, pacifier holders, and stroller toys are wooden and are described in the chart below. “HABA” is printed on them.
Sold at: Specialty toy stores nationwide and at specialty online retailers from January 2002 through August 2008 for between $10 and $35.
To see this recall on CPSC’s web site, including pictures of the recalled product, please go to: http://www.cpsc.gov/cpscpub/prerel/prhtml08/08380.html
Name of Product: Bonne Bell Children’s Cosmetics Accessory Bags 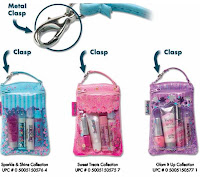 Hazard: The metal clasps on the handle of the accessory bags contain excessive levels of lead, which is toxic if ingested and can cause adverse health effects.
Description: The recalled accessory bags are made of plastic and have a zipper and carrying handle. The bags come with an assortment of cosmetic products, which are not part of this recall. The model name and UPC numbers are located on the hangtag. The following recalled model names and UPC numbers are involved in this recall:

Sold at: Retail stores nationwide and Bonne Bell’s Web site from September 2007 through August 2008 for about $9.

To see this release on CPSC’s web site, including pictures of the recalled product, please go to:
http://www.cpsc.gov/cpscpub/prerel/prhtml08/08382.html

Tackle It Tuesday – The Freezer!

Piece of the Week – Yogurt Cups