I was asked to bring something for the annual Halloween festivities at my cousin’s home. A great house filled with over 50 mommies, daddies and munchkins – I knew it had to be something all ages would love! Last year I made Brown 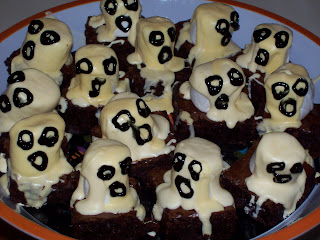 ie Ghosts which were a huge hit! This year I need to kick it up a notch. I searched and searched online and found a yummy, not too complicated treat! Peanut Butter Eyes!!!! I found the recipe n RecipeZaar.com -> http://www.recipezaar.com/Halloween-Eyeball-Cookies-143344
Here’s the recipe with some of my adaptations… 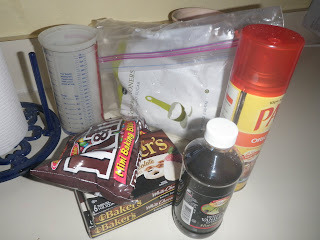 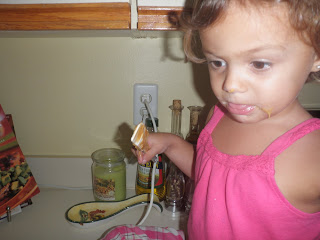 One of my biggest lessons learned is to keep the cooled – whether in the fridge or on the counter if it is cool enough. I set my eyes on display and many of them go mushy – still super yummy, but messier than needed.

For whatever reason I never took a picture of the final product. The last picture was taken as we were adding the pupils. I put them on the tree cupcake holders, that held 24 eyes per tree. They looked great and the reaction I got from the party was fantastic! 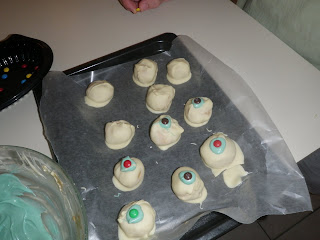