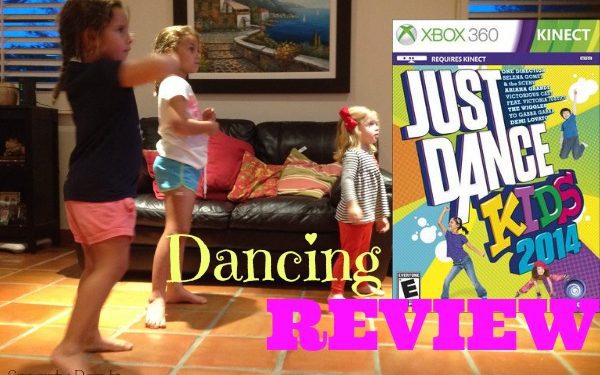 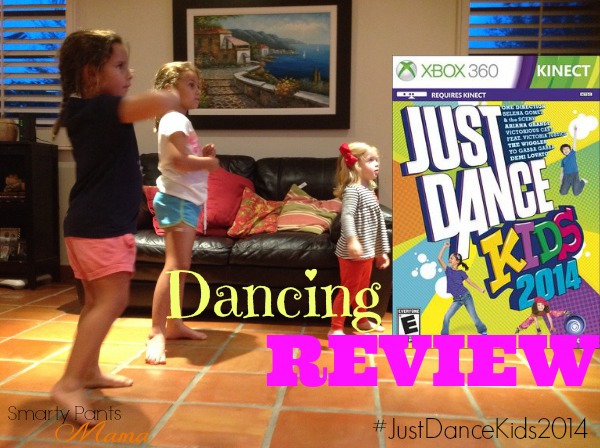 The Just Dance Kids 2014 game for XBOX 360 KINECT was recently provided and my girls have had a blast dancing to their hearts content!

I popped it into our XBOX 360 system during the latter part of a Friday afternoon play date. The girls had played dolls, scientist and did some crafts but now they wanted to have even more fun. They were a bit restless and playing outside was out of the question with the rain coming down. I knew that Just Dance Kids 2014 would do the trick, since we are a bit of Just Dance afecionados in this house! We’ve been known to begin a Just Dance Disney fiesta on many occasions.

Two 7 year olds and a 2 1/2 year old took out their dancing toes, hips and hands to challenge each other’s moves. I even loosened up some joints and joined them as we did the Hustle! See our dancing moves:

The girls danced for nearly 30 minutes that afternoon. We even got Daddy to shake his hips when he got home from work. This Ubisoft game has made a great addition to our family gaming. Best of all, Just Dance Kids 2014 gets us exercising and using up the everlasting kid energy on days when outdoor play isn’t doable! A win-win for all!

Where to Purchase Just Dance Kids 2014

You can find Just Dance Kids 2014 on Amazon

and Gamestop. It is available for Wii and XBOX 360. Let me know how your family enjoys playing it!

I was selected for this opportunity as a member of Clever Girls Collective and the content and opinions expressed here are all my own.