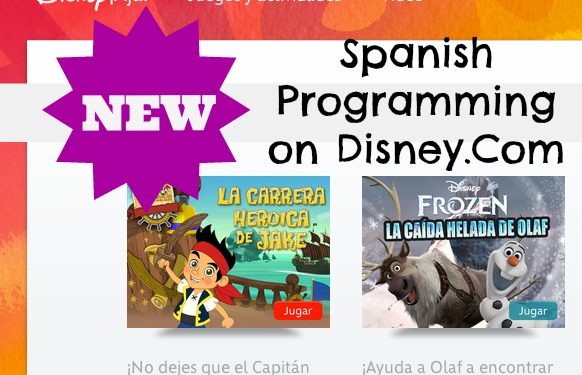 My kids – like your kids, I’m sure – appreciate computer/iPad time. As a former educator and educational technology specialist, I really encourage applications and programs that provide learning opportunities.

The new Spanish Disney website, Disney Ajá, makes a debut during Hispanic Heritage Month to provide kids with additional exposure to a second language, in a format they love. 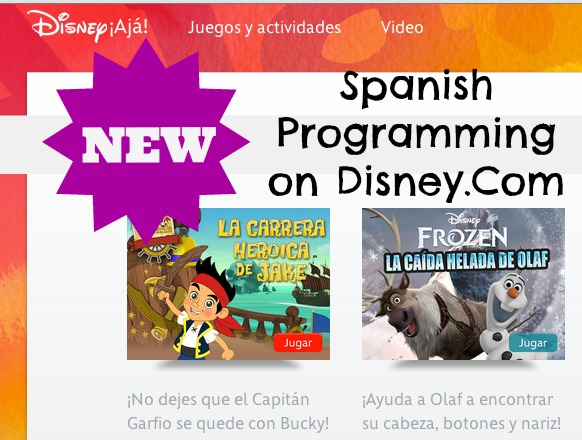 Disney Ajá is available on desktop computers and is optimized for tablets and mobile phone!

For the first time ever, Spanish-language programming is available on Disney.com through Aja.Disney.com. Visitors will now find games, activities, videos and full-length episodes of shows from Disney Junior, Disney Channel and Disney XD, as well as original series from Disney Latin America and Disney Spain in Spanish. Providing the opportunity for our children to learn and master a second language is one of the most important things we could do for them.

We have an assortment of products, including books and DVDs in Spanish. I’ve previously shared one of our very favorites… La Vaca Que Decia Oink! It’s funny to see how animal sounds are different in each language. (See HERE

I try to have the kids watch or read in Spanish whenever possible. They are not fully bilingual but they certainly pick up Spanish by the exposure they receive from these products. Now with the new Ajá site on Disney I have another option for them, whether they’re on my desktop, iPad or smart phone. I like that. They’ll like that too!

The best form of entertainment is the kind where you learn. I love that the kids will have fun watching and playing with some of their favorite characters while they are practicing their Spanish. You will likely encourage your daughter to play a popular game like Teen Beach Movie: Motociclistas contra Surfistas because of the exposure to Spanish she will receive as she has fun with Lela & Tanner in a variety of playa games!

The younger ones (like my 2 year old) will love Canta Con Nosotros where she can sing along with her favorite Disney characters, like Bibbidi, Boppity Bu with Cinderella’s madrina (Godmother.)

Visit aja.disney.com to see the array of Spanish programming and activities for your children. The site is being updated regularly so be sure to return and see what new things have been added!