A girls weekend in New Orleans? Sign me up! 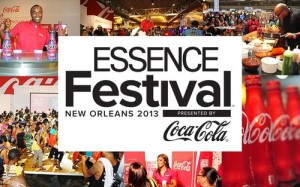 About the Coca-Cola Essence Festival

This annual music festival started in 1995 to celebrate the 25th Anniversary of ESSENCE magazine. It is the largest event celebrating African-American culture and music in the United States and has been held in New Orleans, Louisiana every year since 1995. You can get more info about what influential, famous people and artists will be there on the official site! http://www.essence.com/festival

As we await the festival, we need some girly time now! Coca-Cola is providing one SmartyPantsMama.com reader a fabulous Bliss Spa Body Bundle and a $50 Gift Card, a total retail value over $100! You can have you very own at-home spa that you so much deserve!  Please note: The prize was provided by Coca-Cola Company. The Coca-Cola Company is not a sponsor, administrator or connected in any other way with this giveaway.

Disclosure: Thank you to Coca-Cola for providing me with a sample prize pack. All opinions are my own!