A morning routine. I love it. I get very type-A at times and like to have things scheduled out to the last minute. Enter 2 children into 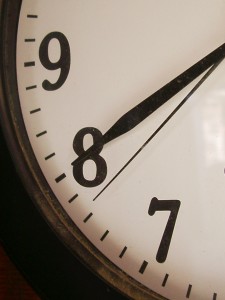 that dream and it essentially flies out the window. With my near 5 year old, Isabella, a routine is necessary, it’s just not as precisely followed as I would like. During the summer months she goes to bed by 8 and is normally up by 7:00. Not bad. My 3 month old is a bit different, but not much – we’ll get into that a different day.
Isabella wakes up hungry – I promise I feed (or attempt to) her a healthy, yummy dinner an hour or so before bedtime. Typically, the 1st battle of the day is deciding what she wants for breakfast. I don’t play short order cook in the AM, but I do allow some decision making/requests. I give her 3 options, for example cereal, pop-tarts or waffle. She’ll go back and forth (talking outloud the ENTIRE time) figuring out what she wants. Then, 10 hours later (yes, a bit of an exageration) she’ll finally decide. 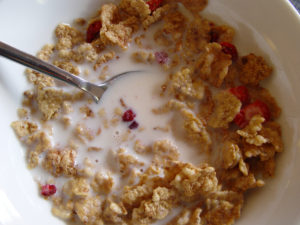 The next part of the routine is simple on my end. After she has her breakfast in front of her I sit down here and eat my breakfast while catching up with social media (Facebook, Twitter….) She on the other hand, due to my very poor suggestion one morning, prefers to eat her breakfast while watching TV. It’s the summer so I’ve let that one go, possibly a little too long. I don’t see much of a problem with this…except…my “slower than a turtle eater” gets so caught up watching her shows that it can take her over 30 minutes to finish a bowl of cerreal. Ridiculous. Don’t get me wrong, it’s not just the TV that causes her snail pace. At preschool last year, she and a friend were made to start eating lunch 15 minutes before the rest of the class because they were so slow. 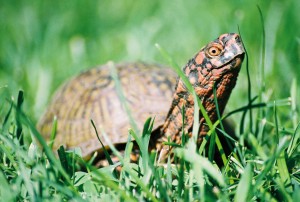 10 years later when she’s done with breakfast, the fashion show starts. Fear for her teen years because we’re in for it. Although she typically agrees with my outfit suggestion or mandate, she always has an opinion. Shoes seem to be her thing. She’ll try on a few pairs, commenting on if they match or are fancy enough for that day’s occassion. It’s sort of cute in a Fancy Nancy sort of way.
Well my friends, I’ve opened up to the chaos of my morning. I love a routine but there are no bells ringing in this house, we’re still in that you’re done when you’re done phase this summer. The real challenge starts in a little less than 2 weeks. Isabella starts preschool at a new school. We need to be out the door by 7:10. I think that’s a bit ridiculous of a PreK-4 class but there’s nothing I can do about that one.
What is your morning routine like? How does it differ in the summer?

Let’s share our “been there, done that” experiences as we all prepare for a new school year.

I will compile your experiences in an upcoming post.

See my next post in this series, http://smartypantsmama.com/2011/08/smart-home-how-and-why-to-establish-school-time-routine-before-the-1st-day to learn how the alarm clock is SET!

Bed Time for Kids Getting Ready for ...