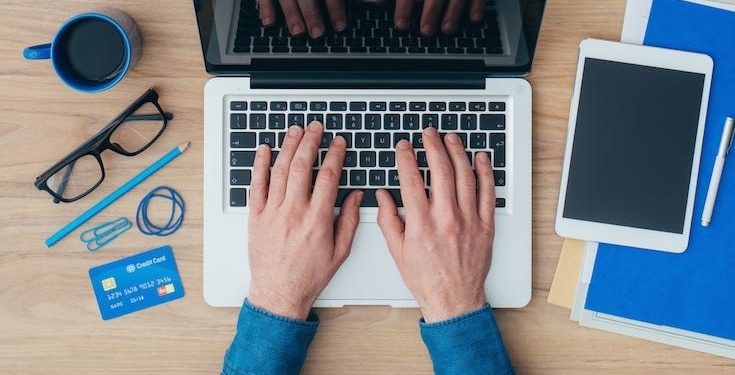 Big box giant, Amazon has been the target of a new phishing email scam. As more short-on-time consumers pick up their smartphone and iPads to do shopping, cyber crooks will try just about anything to scam them out of their hard-earned money. When shoppers think they’re getting a great discount on luxury brand items, they often overlook one very crucial question: Is this too good to be true? Unfortunately, yes, it is.

The Dangers of Fake Retail Apps

This year, more people are expected to shop online than ever before. But before you get excited about an amazing deal, understand that cybercriminals are waiting to prey on online shoppers like you.

The risks of using a fake app include:

Scammers are taking advantage of the holiday seasons because it’s a time when many people are inputting credit card information online for purchasing gifts.

Fake apps can contain malware, which can steal your personal information or lock your phone until you pay a ransom.

Some fake apps ask for your Facebook login information so they can expose your sensitive personal data.

How to Spot a Fake App

Though Apple is remaining “vigilant” about spotting and removing fake apps before they put users at risk, there are things you can look out for yourself.

Cybercriminals will intentionally use a name very similar to the real retail app they’re mimicking. For example, the real Overstock app is published by Overstock.com. But a fake app that popped up in the App Store was called Overstock Inc., trying to manipulate users.

A fake app will likely have very few or no reviews, or even bad reviews; while a real app with likely have hundreds or thousands of reviews or ratings. Look especially for positive ratings.

Look at the app’s published date

Since fake apps are popping up this time of year, you can stay weary of any app that was published very recently. Genuine apps will have been around for a while and list dates of when it was updated.

Take a closer look at the spelling

Read the app’s title and description. Any spelling or grammar errors are a red flag, as many of these fake apps originate in China.

Be cautious of “good” deals

Anything that sounds too good to be true is probably a fake.

If you want to ensure you choose the correct app to shop from, go directly to the retailer’s website and download the app from their link to the Apple App Store or Google Play Store.

Amazon has been the target of a new phishing e-mail scam. If you’re one of the millions of people to have recently ordered an item from the e-commerce giant beware. As Inc. reports, both Amazon Prime members and regular customers have reported receiving fake (yet very official-looking) emails that appear to come from Amazon asking them to re-enter their credit card information. The email’s subject line says, “Your Amazon.com order cannot be shipped.” You should never click on an embedded link in an email from Amazon (or, for that matter, any other company). Hopefully you’re now on high-alert, and you won’t fall for this scheme.

Don’t let cybercriminals be the Grinch of online shopping. By following these tips, you can spot the fake retail apps they create and make sure your information stays secure.

8 Green Cleaners Made with Vinegar