These are the Consumer Protection Safety Commission (CPSC) recalls that have been issued between June 16 – June 22, 2010. 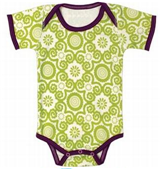 Hazard: Snaps on the onesies and rompers can detach from the garment, posing a choking hazard to young children.

To learn more about this recall: http://www.cpsc.gov/cpscpub/prerel/prhtml10/10266.html

Description: This recall involves CYBEX 2.GO infant carriers. “CYBEX” is embroidered on the fabric covering on the top of the head support. “2.GO” is printed on an orange tag near the head support. They were sold in the following colors: chili, indigo, purple and slate.

Sold at: Baby furniture and baby product stores nationwide, and on various websites, from August 2009 through April 2010 for about $100.

To learn more about this recall: http://www.cpsc.gov/cpscpub/prerel/prhtml10/10267.html 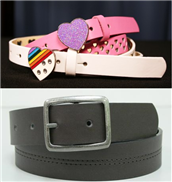 Sold exclusively at: Target stores and on Target.com nationwide from December 2008 through December 2009 for between $7 and $9

To learn more about this recall: http://www.cpsc.gov/cpscpub/prerel/prhtml10/10268.html 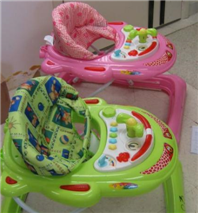 Hazard: The recalled walkers can fit through a standard doorway and fail to have sufficient stair-fall protection to prevent falls down stairs. Babies using these walkers can be seriously injured or killed if they fall down stairs.

Description: The baby walkers have a plastic frame supported by four wheels and eight brake pads. The walkers were sold in blue, pink, and green with a white activity tray and patterned, vinyl seat. Item number WK110 or WK112 is printed on the side of the packaging.

Sold at: Small juvenile product stores in California, Illinois, New York and Texas from January 2007 through December 2009 for between $25 and $30.

To learn more about this recall:  http://www.cpsc.gov/cpscpub/prerel/prhtml10/10269.html

Smart Cause: Every Little Bottom, The Newborn ...