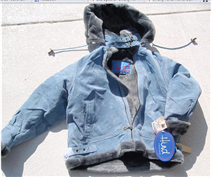 Hazard: The jackets have a drawstring through the hood which can pose a strangulation hazard to children.

Sold exclusively at: Burlington Coat Factory stores nationwide January 2006 through September 2009 for between $30 and $90. 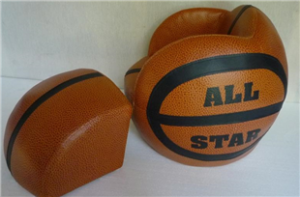 Hazard: Surface paints on the lettering on both sides of the basketball chair could contain excessive levels of lead which is a violation of the federal lead paint standard.

Sold at: HomeGoods stores nationwide from February 2009 through April 2010 for about $50.

Hazard: Strings on the detachable cape can pose a strangulation hazard to young children.

Description: This recall involves S. Rothschild girls’ wool coats with a detachable cape. The coats were sold in pink, red, blue and vanilla with a faux fur cape and in charcoal and vanilla with a faux fur trimmed cape. Two faux pompoms are attached to the end of strings that hang from the cape. The sewn-in neck tag reads, “ROTHSCHILD SINCE 1881.”

Sold at: Burlington Coat Factory, Famous Barr, Filene’s Basement, Parisian and other retail stores nationwide from September 2006 through September 2009 for between $70 and $100. 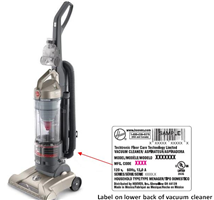 Hazard: The power cord is not properly routed or securely seated in the cord rewind assembly allowing the power cord to be pulled loose. This poses fire and shock hazards.

Description: This recall involves Hoover® WindTunnel T-Series™ Bagless Upright vacuum cleaners with the cord rewind feature. This feature enables the cord to wind inside the vacuum for storage. The following model numbers and manufacturing codes are included in the recall. (see online)

Sold at: Mass merchandisers, department stores and independent vacuum retailers nationwide and online from August 2009 through May 2010 for between $100 and $160.

Hazard: The Moroccan tea glasses contain excessive levels of lead in the exterior coloring. Lead is toxic if ingested by young children and can cause adverse health effects.

Description: The recalled Moroccan tea glasses were sold in 7-ounce and 11.25-ounce sizes. The glasses have an etched graphic design on the outside of the glass and were sold in assorted colors such as blue, green, and red. 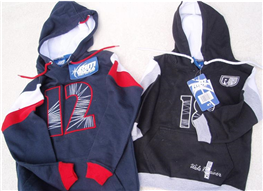 Description: This recall involves boys’ Rim Rocka hooded sweatshirts that are black or navy blue with red and white trim or gray and white trim and have a large number embroidered on the front of the sweatshirt. The drawstrings are attached at the hood. They have an emblem on the left shoulder that reads “RR”. There is a tag at the back of the neck that reads “Rim Rocka” OFFICIAL SPORTS APPAREL”. This recall also involves girls’ Pelle Pelle hooded jackets that have a zipper front that zippers to the top of the hood. They come in either pink or white with pictures of bottle caps printed on the hood and sleeves. It reads “Soda Club pelle pelle” on the top right of the sweatshirt. The tag at the back of the neck of the sweatshirt reads “pelle pelle”. The drawstrings are attached at the waist. The sweatshirts were sold in sizes 2T-14.

Sold at: Burlington Coat Factory stores and at various small retailers nationwide from February 2008 through September 2009 for about $14. 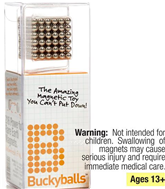 Hazard: The high powered magnets sets were labeled “Ages 13+” and do not meet the mandatory toy standard F963-08 (effective August 17, 2009) which requires that such powerful magnets are not sold for children under 14. Magnets found by young children can be swallowed or aspirated. If more than one magnet is swallowed, the magnets can attract each other and cause intestinal perforations or blockages, which can be fatal.

Sold at: The recalled magnets were sold at a variety of stores, including stores selling children’s toys, stationery and office supplies and various online sites from March 2009 through March 2010.