The following recalls were issued by the CPSC over the last week. Please check your homes for the items and following the directions in the official recall listing. The information below comes directly from the CPSC listsrv notification I received. 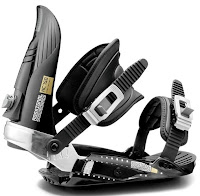 Hazard: The nuts that attached the buckles to the straps on the snowboard’s bindings can detach, posing a fall hazard to consumers.
Description: This recall involves 2007 model year Rossignol snowboard bindings. Models included in the recall are: HC 750, HC 1000, HC 2000, HC 3000, HC Mini, HC Amber, HC Diva, HC Harmony, HC Sonar, HC Zena and Jones Brown.
Sold at: Snowboard, ski and sporting good stores nationwide from August 2007 through May 2008 for between $100 and $150.
To see this release on CPSC’s web site, including pictures of the recalled product, please go to: http://www.cpsc.gov/cpscpub/prerel/prhtml08/08363.html
2. Name of Product: Batteries Used In Radio-Controlled Helicopter Kits

Hazard: The rechargeable battery can overheat and catch fire while charging, igniting nearby combustible materials. This poses a fire hazard to consumers.
Description: This recall involves the Electrifly lithium-polymer batteries (part #GPMP0401) sold individually or with the Heli-Max Axe CP-L radio-controlled helicopter kits. The kit includes a 23-inch long plastic helicopter, a battery, a radio transmitter, a balance charger, a car adapter, an AC wall adapter, decals that read “HMX”, “AXE” and “Heli-Max” and training gear. “Electrifly” and “GPMP0401” are printed on the battery.
Sold at: Hobby Stores nationwide and online from November 2007 through March 2008 for about $35. The helicopter kits were sold for $200.
To see this recall on CPSC’s web site, including pictures of the recalled product, please go to: http://www.cpsc.gov/cpscpub/prerel/prhtml08/08364.html
3. Name of Product: Amsterdam Bicycles 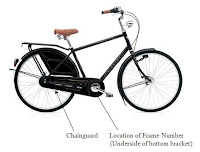 Hazard: The interior alignment tabs of the bicycle’s chainguard can be pushed against the chain causing it to derail, which poses a risk of injury to riders.
Description: This recall involves some Amsterdam model bicycles in the Classic 3, Original 3, Royal 8, and Sport 3 styles. The bicycles have an enclosed chainguard. “Electra” and “Amsterdam” are printed on the bicycle’s frame and/or chainguard. Bicycles with frame numbers beginning with “EL” or bicycles with chainguards marked “06/08” are not included in this recall. The frame number is located on the underside of the bottom bracket.
Sold by: Authorized Electra Bicycle dealers nationwide from January 2007 through June 2008 for between $400 and $850.
To see this recall on CPSC’s web site, including pictures of the recalled product, please go to: http://www.cpsc.gov/cpscpub/prerel/prhtml08/08365.html
Share:
Previous Article

Tackle It Tuesday – The Magazine Basket!