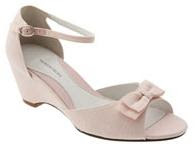 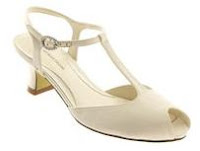 en, pink linen, white linen, cafe satin, silver satin or white satin. “Vivi-Fab” are open-toe dress shoes in bone, white, green polka-dot, lavender polka-dot or yellow polka-dot. The shoes were sold in girls’ sizes 10 through big-kids 7. All shoes have an embossed “NORDSTROM” printed on the insole. Only the colors identified above are subject to the recall.
Sold exclusively at: Nordstrom stores nationwide from September 2006 through February 2009 for between about $35 and $45.
To see this recall on CPSC’s web site, including pictures of the recalled products, please go to: http://www.cpsc.gov/cpscpub/prerel/prhtml09/09157.html
2. Name of product: State Farm Good Neigh Bears

Hazard: The eyes on these bears can come off, posing a choking hazard to young children.
Description: This recall involves the 11-inch (28 cm) and 18-inch (46 cm) State Farm Good Neigh Bears with plastic eyes. The bears are brown and wear a white and red State Farm shirt.
Sold at: The bears were given away free through State Farm agents and at State Farm sponsored events from September 2005 through March 2007.
To see this recall on CPSC’s web site, including pictures of the recalled products, please go to: http://www.cpsc.gov/cpscpub/prerel/prhtml09/09156.html
3. Name of product: 2009 Six 5, Six 6, Six Carbon 5 and Six Carbon 6 Bicycles
Hazard: The bicycles fail to meet the federal safety standard for bicycles. Spok

e protector discs, required on bicycles to prevent the bicycle chain from interfering or suddenly stopping the wheel, are missing from these bicycles. This poses a fall hazard to the rider.
Description: The following Cannondale bicycles are included in the recall. “Six” is printed on the bicycle’s top tube and “Cannondale” is printed on the down tube. SEE MODEL INFO ON CPSC WEBSITE.
Sold at: Authorized Cannondale dealers nationwide from October 2008 through February 2009 for between $1,500 and $2,100.
To see this recall on CPSC’s web site, including pictures of the recalled products, please go to: http://www.cpsc.gov/cpscpub/prerel/prhtml09/09155.html
4. Name of product: Hooded sweatshirts
Hazard: The sweatshirts have a drawstring through the hood that can pose a s

trangulation hazard to children. In February 1996, the CPSC issued guidelines (pdf) to help prevent children from strangling or getting entangled on the neck and waist drawstrings in upper garments, such as jackets or sweatshirts.
Description: The hooded, long sleeve sweatshirts have full-length zippers and drawstrings along the neck line. The products are sold under the Seattle Cotton Works brand in six different designs. The styles are set forth in the image below. The name, “Seattle Cotton Works” appears along the inside neck line.
Sold exclusively at: Kohl’s Department Stores nationwide from January 2009 through February 2009 for about $17.
To see this recall on CPSC’s web site, including pictures of the recalled products, please go to: http://www.cpsc.gov/cpscpub/prerel/prhtml09/09154.html
5. Name of product: Tippmann® A-5® Paintball Markers
Hazard: The end cap assembly on the rear of certain A-5® markers can break and eject during use, posing a risk of injury to the operator. 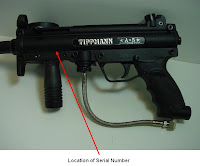 ressure and fail to operate. In the event of a fire, this failure could put a consumer and property at risk.
Description: This recall involves the Kidde XL Fire Extinguishers with model numbers FX340SC, FX340H, FX340GW, XL5MR, FX210R, FX340SC-2, FX210W, XL2.5TCZ-4, E-340-3 and with manufacture dates between October 2007 and April 2008. “Kidde” and the model number can be found on the label on the front of the extinguisher. The manufacture year is on the bottom of the extinguisher. If your extinguisher is one of the listed model numbers and is marked with the year 07 or 08, contact Kidde to determine if you have a recalled extinguisher.
Sold at: Department, home, and hardware stores nationwide from October 2007 through April 2008 for about $35.
To see this recall on CPSC’s web site, including pictures of the recalled products, please go to: http://www.cpsc.gov/cpscpub/prerel/prhtml09/09151.html
8. Name of product: Shakespeare Casting Game and Fishing Kits

Hazard: The label on the fishing rod contains a surface coating containing high levels of lead in violation of the ban on lead in paint.
Description: The recalled Shakespeare Casting Game and Fishing Kit consists of a red and blue rod and reel with red foam targets and hook. The label is found on the front of the reel and reads “Casting Fun”.
Sold by: Specialty fishing retailers nationwide from November 2008 through January 2009 for about $15.
To see this recall on CPSC’s web site, including pictures of the recalled products, please go to: http://www.cpsc.gov/cpscpub/prerel/prhtml09/09150.html
9. Name of product: 2009 Model Electra Bicycles with Front Trays
Hazard: The front tray on the bicycle can come loose and contact the front tire, posing a fall hazard to riders.

Description: This recall involves the following Electra 2009 model bicycles: Delivery 3i, Delivery 8D, Holiday 3i and Surf 3i. Bicycles with trays connected to the fork crown with a bolt passing fully through the tab are not included in the recall.
Sold by: Authorized Electra Bicycle dealers nationwide from October 2008 through February 2009 for between $600 and $750.
To see this recall on CPSC’s web site, including pictures of the recalled products, please go to: http://www.cpsc.gov/cpscpub/prerel/prhtml09/09149.html
10. Name of product: DBX Glide Boys Ice Skates
Hazard: Surface paint on the ice skates contains excessive levels of lead, vi

olating the federal lead paint standard.
Description: The recalled youth adjustable boys ice skates are black with lime green and silver accents. “Glide” is printed on a rubber tag on the side of the skates. “DBX” and the DBX logo are located on the ice skate’s ankle powerstrap, tongue, and heel.
Sold at: Dick’s Sporting Goods nationwide from September 2008 through December 2008 for between $30 and $60.
To see this recall on CPSC’s web site, including pictures of the recalled products, please go to: http://www.cpsc.gov/cpscpub/prerel/prhtml09/09148.html
11. Name of product: Style Elements Hair Dryers
Hazard: The hair dryers are not equipped with an immersion protec 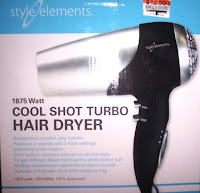 tion device to prevent electrocution if the hair dryer falls into water. Electric shock protection devices are required by industry standards for all electric hand-held hair dryers.
Description: This recall involves Style Elements Cool Shot Turbo hair dryers. The hand-held dryers have a silver body and black handle. Model number 3615T is printed on a label near the on/off switch.
Sold exclusively at: Big Lots’ stores nationwide from July 2008 through December 2009 for about $12.
To see this recall on CPSC’s web site, including pictures of the recalled products, please go to: http://www.cpsc.gov/cpscpub/prerel/prhtml09/09147.html
12. Name of product: Infant Toys 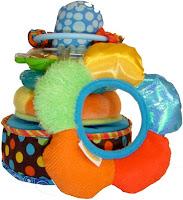 Hazard: The infant toys have blue metallic fabric that can detach from the toy, posing a choking hazard to young children.
Description: The recalled infant toys and their model numbers are listed below.
Name of Toy/Model Number
Infantino Lil’ Chef Set/158-201 and 558-201
Infantino Activity Stacker/158-202
Infantino Tag Along Chime Trio/150-3092
The model number is located on a yellow tag on the toy.
Sold at: Babies “R” Us, Target, Wal-Mart, Meijer and other specialty stores from June 2007 through February 2009 for between $10 and $20.

To see this recall on CPSC’s web site, including pictures of the recalled products, please go to: