Below are the recall notifications that I received this week. The information comes directly from the CPSC listsrv emails. Be a SMART MAMA and check your homes for the products! 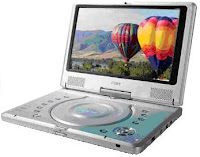 epair about 85 YO-YO amusement rides across the country.CPSC has received reports of two incidents involving the YO-YO ride resulting in injuries to children and adults, including scraped knees and back strains. On May 16, 2008, 23 riders of a YO-YO ride in Angels Camp, Calif. fell to the ground when the sweep arms suspending the circular swinging chairs they were riding in broke free from the ride’s center cylinder rod. The inspection program will focus on preventing future failures.CRM is offering ride owners and state safety officials inspection/repair kits and new inspection and maintenance guidelines.
To see this recall on CPSC’s web site, including a picture of the recalled product, please go to: http://www.cpsc.gov/cpscpub/prerel/prhtml09/09005.html
Name of Product: Girls’ Sandals

Hazard: The ornamental flowers on the sandals can detach, posing a chok 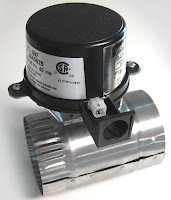 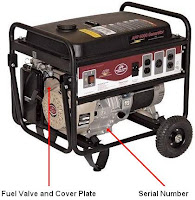 Description: This recall includes the General Power Products 6000 Watt portable generator and the Poulan Pro 6000 Watt portable generator with serial numbers 060400483 through 060600725. The serial number is stamped on the engine block which is located on the front of the engine below the generator’s control panel. “General Power Products” and “6000 Generator” are printed on the side of the General Power Products generator. “Poulan Pro” and “6000 watts” are printed on the side of the Poulan Pro generator.
Sold at: Hardware and home improvement stores primarily located in Illinois, Indiana, Louisiana, Ohio and Texas from June 2008 through September 2008 for between $600 and $800.
To see this recall on CPSC’s web site, including pictures of the recalled products, please go to: http://www.cpsc.gov/cpscpub/prerel/prhtml09/09009.html
Name of Product: GN9120 Wireless Headsets

Hazard: An internal short circuit can cause the lithium-ion polymer batteries to overheat, posing a fire hazard.

Description: This recall involves GN9120 wireless headsets with ATL lithium-ion polymer batteries. The headsets are intended primarily for professional use in offices and call centers. The product is sold with three components: a base station, headset and power adapter. “GN Netcom” or “GN9120” is printed on the base station and headset. The affected batteries have part number 603028 and have a white plastic enclosure. The batteries are labeled “Made by ATL (Amperex Technology Ltd.)” and “(ATL P/N 603028).” Batteries sold as a replacement part are labeled “GN9120 battery replacement kit.”
Sold through: GN Netcom, authorized distributors and resellers nationwide from January 2005 through September 2008 for between $150 and $350 as part of the GN9120 headset and about $20 as a replacement part.
To see this recall on CPSC’s web site, including a picture of the recalled product, please go to: http://www.cpsc.gov/cpscpub/prerel/prhtml09/09010.html
Name of Product: Alnico Bar Magnets

Description: This recall involves Alnico 3-inch long bar magnets. The magnets are painted red and blue, and were originally packaged as a pair or as a component of a science kit. The magnets were sold as item number MG-BAR3AL.
Sold at: Web retailers and by mail order between May 2008 and September 2008 for about $6.
To see this recall on CPSC’s web site, including a picture of the recalled product, please go to: http://www.cpsc.gov/cpscpub/prerel/prhtml09/09011.html
Share:
Previous Article

Tackle It Tuesday – The Plastic Container ...