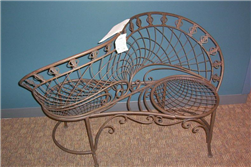 Hazard: The bench can tip over when only one person is seated on it. This could pose a fall hazard to consumers.
Description: The recalled metal two-seat bench is 51 inches long with SKU number 400051794482 printed on the price tag. The bench is a bronze color.
Sold exclusively at: Ross Stores nationwide between July 2010 and September 2010 for about $90.

To learn more about this recall: http://www.cpsc.gov/cpscpub/prerel/prhtml10/11008.html 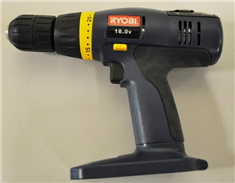 Hazard: The switch on the cordless drill can overheat, posing a fire and burn hazard to consumers.
Description: The Ryobi Model HP 1802M cordless drill is powered by an 18 volt rechargeable NiCad battery. The drills are blue and black in color with “Ryobi” appearing in red and white on the left side. The model number can be found on a white label on the right side of the drill.
Sold at: Home Depot from January 2001 to July 2003 for about $100.

To learn more about this recall: http://www.cpsc.gov/cpscpub/prerel/prhtml10/11009.html

Hazard: The cable clamping area of the bicycle brakes can crack over time, causing the brakes to fail. This could pose a fall or crash hazard to the cyclist.
Description: The recall involves black Revl carbon road bicycle brakes with date codes 41B, 44B, 45B, 53B, 13C and 16C printed on the underside of the carbon brake arms. “Revl” is printed on the brake.
Sold at: Bicycle specialty stores nationwide from September 2009 through August 2010 for about $390 per set.

To learn more about this recall: http://www.cpsc.gov/cpscpub/prerel/prhtml10/11010.html

WASHINGTON, D.C. – The U.S. Consumer Product Safety Commission, in cooperation with JAKKS Pacific®, is reannouncing the recall of 516,000 Spa Factory™ Aromatherapy Fountain & Bath Benefits Kits. Consumers should immediately take the toy’s jars and caps away from children and dispose of any jar lids without vent holes. Only use jars that have lids with vent holes.

This children’s product was originally recalled in January 2009. Since that time, there have been additional injuries caused by the Spa Factory™ Spa Fantasy Aromatherapy Fountain & Bath Benefits Kits. Pressure from the buildup of carbon dioxide in the jars of Bath Bombs/Balls or Bath Fizzies that come with the kits can cause the unvented lids to blow off, posing explosion and projectile hazards. The flying pieces also can cause property damage. Additionally, the mixture of water with the Bath Bombs/Balls or Bath Fizzies can create citric acid. This acid can get into consumers’ eyes when the jars explode, posing a risk of eye irritation.

As of January 2009, CPSC had received 88 reports of exploding jars, including 13 injuries to children. Since that time, CPSC has received 12 additional reports of exploding unvented jars of JAKKS’ Bath Bombs/Balls or Bath Fizzies, including 13 additional reported injuries. The new injuries include irritated eyes, irritated skin and one eye injury from projectile jar lids.

JAKKS Pacific® Spa Factory™ Spa Fantasy Aromatherapy Fountain & Bath Benefits Kits were sold at Sam’s Club, Walmart, Target and other stores nationwide from August 2008 through August 2010. They sold for between $13 and $50 and continue to be available in some stores.

Consumers should immediately take the toy’s jars and caps without vent holes away from children, dispose of any jar lids without vent holes and contact JAKKS Pacific to receive free jar lids with vent holes. Contact JAKKS toll-free at (877) 875-2557 between 7:30 a.m. and 5 p.m. PT Monday through Friday, visit the firm’s website at www.myspafactory.com or email the firm at caps@jakks.net

To learn more about this recall: http://www.cpsc.gov/cpscpub/prerel/prhtml10/11011.html

Hazard: The intake valve on the bottom of the submarine toy can suck up loose skin, posing laceration hazard to children.
Description: This recall involves battery-operated bathtub submarine toys. The toy is yellow, has a smiling face, turquoise windows, an orange propeller and an orange periscope that turns the toy on and off. The intake valve has a water pump that sucks in water to propel the submarine. The toy is intended for use by children during bath time.
Sold at: Mass merchandise retail stores nationwide and children’s stores nationwide from November 2009 through September 2010 for about $7.

To learn more about this recall: http://www.cpsc.gov/cpscpub/prerel/prhtml10/11012.html

Hazard: The flashlights can cause the batteries and/or bulb to overheat, posing fire and burn hazards to consumers.
Description: The recalled projector flashlights are about 6 1/2 inches in length and have the Wolverine, Spider-Man and Iron Man characters and names printed on them. The flashlights come with five extra mini discs that attach to the flashlight to project various images. The back of the packaging contains the number 16879-20012-003-1003 and UPC 6 39277 16879 5.
Sold at: Dollar Tree, Dollar Bill$, Dollar Tree $1 Stop, Deal$ and Dollar Tree Deal$ stores nationwide from August 2010 for about $1.

To learn more about this recall: http://www.cpsc.gov/cpscpub/prerel/prhtml10/10013.html

Hazard: The overalls have snaps that could come loose and pose a choking hazard to young children.
Description: This recall involves infants’ Carhartt® overalls with style numbers GG8500 (100% cotton canvas) and GG8501 (100% cotton knit). The overalls were sold in brown or red in infant sizes 3, 6, 9, 12, 18 and 24 months. The Carhartt logo is sewn on the front of the garment and the style numbers can be found on the sewn-in label hanging from the sleeve.
Sold at: Retailers nationwide from February 2010 through July 2010 for about $25.

To learn more about this recall: http://www.cpsc.gov/cpscpub/prerel/prhtml11/11014.html

An Organized Suitcase is Necessary on a ...