Caroline Murphy
1
This week I have received 7 recall notifications. Below I have included the information that I received directly from the email. I have also added the “Sold At” category.
Please be a Smart Mama and scan your home for the products listed below.
1. Name of Product: Simmons Kids Crib Mattresses 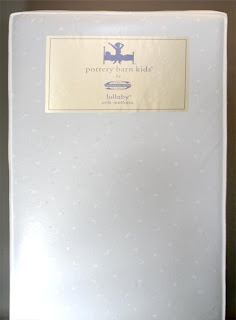 Hazard: Some of the crib mattresses can measure smaller than the 27 1/4 inch minimum width requirement for cribs, creating a gap between the mattress and crib side rails, posing an entrapment hazard to infants.
Description: The recalled mattresses involve open coil crib mattresses manufactured between July 1, 2006 and March 23, 2008 with a color label attached to the top or side of the mattress that has the following model names:
Pottery Barn Kids by Simmons Kids Lullaby
Simmons Kids Slumber Time Evening Star Luxury Firm
Simmons Kids Baby Mattress Series 400
Simmons Kids Baby Mattress 234 Coil Count
The crib mattresses also have a law tag that is sewn into the edge of the mattress. The law tag has the date of manufacture and in most cases will contain one of the following model numbers: H59044.15.0014, M59082.15.0002, M59027.15.0002 or M59065.15.0006. Pocketed Coils(r) and Simmons Kids or Simmons Juvenile Products crib mattresses manufactured before July 1, 2006 or after March 23, 2008 are not included in the recall.
Sold at: Pottery Barn Kids and nursery furniture retailers from July 2006 through May 2008 for between $100 and $150.Manufactured in: United States
To see this recall on CPSC’s web site, including pictures of the recalled product, please go to: http://www.cpsc.gov/cpscpub/prerel/prhtml08/08296.html
2. Name of Product: SoundStation2W Wireless Conference Phones with Lithium Ion Batteries 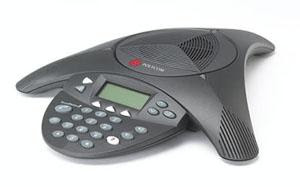 Hazard: The battery packs can overheat, posing a fire or burn hazard.
Description: The recalled battery packs were supplied by Gold Peak Industries Ltd. and sold with Polycom’s SoundStation2W wireless conference phones from December 1, 2007 until May 2, 2008, and separately as replacement battery packs during the same time period. The SoundStation2W part numbers and SKU numbers are printed on the underside of the telephone and include the following models:Part Number SKU Number2201-67800-022 2200-07800-0012201-67880-022 2200-07880-001SoundStation2W recalled battery pack part numbers, SKU numbers and date codes are as follows:Part Number SKU Number Date Code1520-07803-003 2200-07803-002 GP1207, GP0108, GP0208, GP0308 (December 2007 through March 2008)1520-07804-003 2200-07804-002 GP1207, GP0108, GP0208, GP0308 (December 2007 through March 2008)The battery packs have a black or white plastic coating and a white label with the following title: “RECHARGEABLE Li-ion BATTERY.” The recalled battery pack part numbers can be found on the bottom right hand corner of the white label on the battery pack. The date code can be found to the left of the part number printed on the white label of the battery.
Sold by: Authorized dealers nationwide through catalogs, online, telesales, office supply stores, the Polycom Web store, and Fry’s Electronics retail locations from December 2007 through May 2, 2008 for between $700 and $900. Replacement battery packs were sold for between $50 and $90 through the same outlets.
To see this recall on CPSC’s web site, including pictures of the recalled product, please go to: http://www.cpsc.gov/cpscpub/prerel/prhtml08/08297.html
3. Name of Product: Animal Tracking Explorer 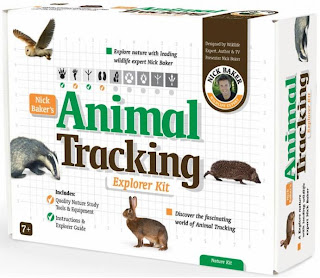 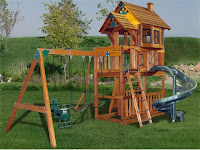 Hazard: Hangers holding the chains for the gliders can break, causing a child to fall and suffer injuries.
Description: The swing sets are made of wood and feature various types of gliders, slides and swings. The recalled models include:Adventure Play Sets: ModelPathfinder Swing Set: 65008Conqueror Swing Set: 65208Create N Adventure Wooden Play Sets: ModelCedar Ridge Wooden Swing Set: 30008Windsor Wooden Swing Set: 30108″Adventure Play Set” or “Create N Adventure,” and “Pittsburg, KS 66762” is printed on a plaque in the middle of the swing sets’ upper beam. The name and model number is printed on the manufacturer’s instructions that come with the play set.
Sold at: Wal-Mart stores nationwide and Wal-Mart.com under the Adventure Playsets brand, and Toys “R” Us stores nationwide under the Create N Adventure brand from January 2008 through May 2008 for between $400 and $1,500.Manufactured in: China
To see this recall on CPSC’s web site, including pictures of the recalled product, please go to: http://www.cpsc.gov/cpscpub/prerel/prhtml08/08299.html
5. Name of Product: Indoor Ceiling Light Fixtures 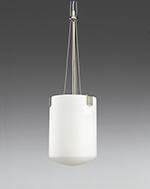 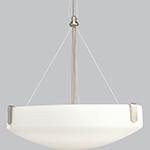 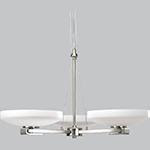 Hazard: A cable that supports the light fixture from the ceiling can fail, causing the fixture to fall and injure nearby consumers.
Description: The recall involves the International Series indoor (foyer) light fixtures. The light fixture has metal hardware and frosted white glass. The fixtures use either incandescent or fluorescent bulbs. “Made in/Hecho en/Fabrique aux China” and the model number are written on the packaging and inside the fixture’s canopy, which is attached to the ceiling. Model numbers involved are:P2854-09EBWB P3443-09 P4263-09P2855-09EBWB P3444-09 P4264-09P2856-09EBWB P3445-09 P4265-09P2859-09EBWB P3789-09 P4265-09EXPP2860-09EBWB P3790-09P2861-09EBWB P3791-09The fixtures were also sold under the Thomasville Lighting brand name.
Sold by: Electrical/lighting distributors and The Home Depot stores nationwide from January 2005 through March 2008 for between $290 and $1,150.
To see this recall on CPSC’s web site, including pictures of the recalled product, please go to: http://www.cpsc.gov/cpscpub/prerel/prhtml08/08300.html
6. Name of Product: “Remy” Shag Rugs 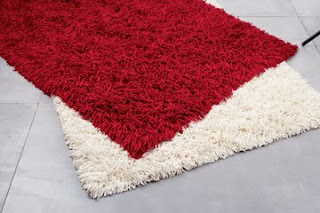 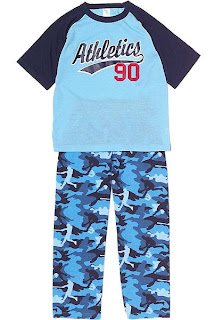 Hazard: The screen print on the shirt contains excess levels of lead.
Description: This recall involves long- and short-sleeved pajama sets. The sets have a blue shirt with a red screen print that reads “Athletics 90” and coordinating camouflage pants. The pajama sets were sold in boys’ sizes XXS (2/3) to XL (14).
Sold exclusively at: The Children’s Place stores nationwide and www.childrensplace.com from December 2006 to January 2008 for between $15 and $17.
To see this recall on CPSC’s web site, including pictures of the recalled product, please go to: http://www.cpsc.gov/cpscpub/prerel/prhtml08/08302.html
Share:
Previous Article

Tackle It Tuesday – The Wrap Drawer!