These are the Consumer Protection Safety Commission (CPSC) recalls that have been issued from July 14 –20, 2010.

Hazard: Exposure to ethanol in gasoline can cause the carburetor needle to become corroded. A corroded needle can stick in the open position and allow fuel to leak from the carburetor, posing a fire hazard to consumers.
Description: This recall involves Toro® Power Clear 180 Single Stage snow blowers. The recalled snow blowers have model numbers 38272 and 38282. Serial numbers included in the recall range from 310000001 through 310999999. The model and serial number can be found on a decal on the lower right side of the snow blower.
Sold at: Toro dealers and The Home Depot stores nationwide from November 2009 through May 2010 for between $400 and $440.

To learn more about this recall: http://www.cpsc.gov/cpscpub/prerel/prhtml10/10299.html

To learn more about this recall: http://www.cpsc.gov/cpscpub/prerel/prhtml10/10300.html 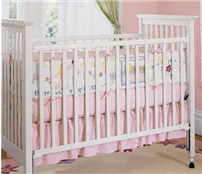 Hazard: The cribs’ drop-sides can detach when hardware breaks, creating a space into which a young child can become entrapped, which can lead to suffocation. A child can also fall out of the crib. Drop side incidents also occur due to incorrect assembly and with age-related wear and tear.
Description: This recall involves all Pottery Barn Kids drop-side cribs regardless of the model number. Pottery Barn Kids is printed on a label attached to the crib headboard or footboard.
Sold at: Exclusively through the Pottery Barn Kids catalog, www.potterybarnkids.com , and at Pottery Barn Kids retail stores nationwide from January 1999 through March 2010 for between $300 and $600.

To learn more about this recall: http://www.cpsc.gov/cpscpub/prerel/prhtml10/10302.html

4. The U.S. Consumer Product Safety Commission (CPSC) and Health Canada (HC), in cooperation with Tots in Mind Inc., of Salem, 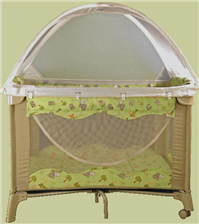 N.H., is announcing the voluntary recall today of about 20,000 (and 85 in Canada) Cozy Indoor Outdoor Portable Playard Tents Plus Cabana Kits.

Clips that attach the tent to the top of the playard can break or be removed by a child. A child can lift the tent and become entrapped at the neck between the rigid playard frame and the metal base rod of the tent, posing a strangulation hazard.

CPSC is aware of a death of a 2-year-old boy in December 2008 in Vinalhaven, Maine. The boy was found hanging with his neck entrapped between the playard frame and the metal base rod of the tent that had been partially tied by pieces of nylon rope and partially attached by clips. The tent was tied to the playard because the child was able to pop off the clips. Apparently, the child became entrapped while attempting to climb out of the playard. In three other incidents, children were able to remove one or more clips and place their necks between the tent and the playard. The children were not injured.

The dome-shaped white-colored mesh tent is designed to fit over playards as small as 28 inches by 40 inches or as large as 31 inches by 44 inches to contain a child. There are 12 plastic clips to secure the base of the tent to the top rail of the playard through button holes along the bottom of the tent. The tent has a zippered side for putting in and taking out the child.

The cribs were made in China and sold at Walmart, Amazon.com and various baby and children’s stores nationwide from January 2005 through February 2010 for about $60.

To learn more about this recall:  http://www.cpsc.gov/cpscpub/prerel/prhtml10/10303.html

Hazard: The gas cap can leak or detach from the fuel tank on the recalled mini bikes and go-carts, posing a fire and burn hazard to consumers. In addition, the throttle can stick due to an improperly positioned fuel line and throttle cable, posing a sudden acceleration hazard to consumers.
Description: This recall involved Baja Motorsports mini bikes with model numbers beginning with HT65, MB165, WR65, MB196, DB30, WR90 and DR90 and go-carts with model numbers BB65, SD65, DN65 and TR65. The model number is located on the mini bikes’ fenders and/or decorative fuel tank and on the go-carts’ roll cage. They both have black plastic gas caps.
Sold at: Various mini bike and go-cart retailers nationwide from November 2004 through June, 2010 for between $200 and $2000. They were also available from the following web sites: Costco.com; Amazon.com; toysrus.com; northerntool.com; sears.com; and kmart.com.

To learn more about this recall:  http://www.cpsc.gov/cpscpub/prerel/prhtml10/10304.html

To learn more about this recall:  http://www.cpsc.gov/cpscpub/prerel/prhtml10/10305.html